Our shop may be small but it is packed with a wide range of items from our exclusive greetings cards featuring our favourite objects from the museum to our newly expanded range of quality pocket money toys and games for children.   These include microscopes, sticker books, kites and traditional games.

To celebrate the opening of our new Natural History Room we have our brilliant new ‘Busy Bugs’ - great fun and only £3.50 each!

Don’t forget to look at our second-hand books, where paperbacks are 50p and hardbacks are £1.

To commemorate 100 years of female suffrage we have suffragette ‘Votes for Women’ fridge magnets and pin badges. 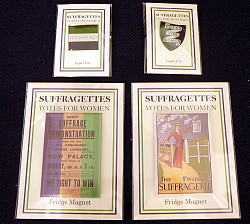 Almost all of the first nine titles are available for purchase in the Museum Shop, and range from a collection of historical recipes, to the grim and bloody story of the Monmouth Rebellion. Recently published are a history of Sherborne Old Castle and the Curator’s choice of treasures from the Museum’s collection.

When the Museum is closed, these publications may be available from local bookshops or from our page at Biblio Books. 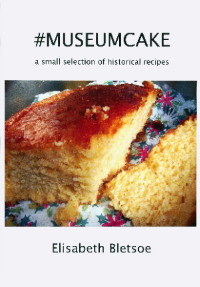 Where would we be without Museum Cake? It sustains us throughout meetings, boosts the morale of volunteers and entices the reluctant to attend talks and lectures. The promise of free cake often lures the unwary public into the darker recesses of the Museum, where they may discover objects and facts relating to the history of Sherborne that surprise and delight.

From time to time, the author (the Museum Curator) delves into food-related archives to provide appropriate historic recipes to support an event or exhibition; a taste of the past which can add an extra dimension to the visitor experience and perhaps encourage private experimentation in the home kitchen.
Sherborne Draper, the Sherborne Drapery and Outfitting Stores - Barry Brock 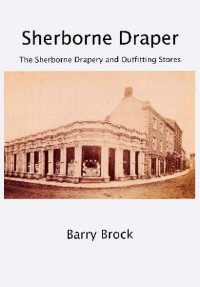 The building which housed the Sherborne Drapery and Outfitting Stores has an exuberant exterior of pilasters and plinths and carved foliated design. This is the history of the premises and the people who worked there, and follows a trail which embraces Mrs Beeton and her cookbook, the Epsom racecourse, and the 1940 bombing raid on Sherborne.
John Slade of Sherborne, Maltster and Bankrupt: a case study of financial ruin in early nineteenth-century Dorset - Robert Nantes 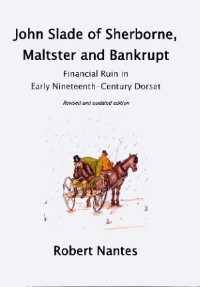 In the late 1820s John Slade borrowed heavily to set up as a maltster and brewer in Sherborne, but something went wrong, and he was pursued for debt. He fled Sherborne at Easter 1830 and was subsequently declared bankrupt - never to be heard of again. 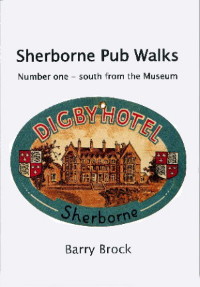 This booklet takes you on a walk round the sites of Sherborne's historic inns and breweries. It follows a route to the south of Sherborne Museum and should take no more than an hour. If you allow a little longer, you can sample a pint of beer in one of the pubs 'en route', or return at the end to the one that looked the most promising.
Newland House (the King of Prussia) A Sherborne house history - Barry Brock 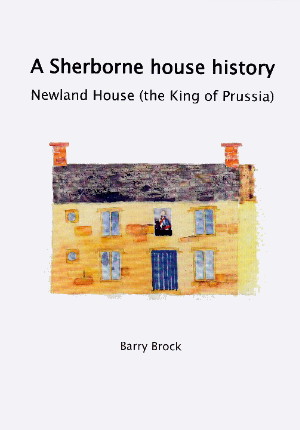 For about fifteen years in the eighteenth century, Newland House was a public house named The King of Prussia. By a stroke of good fortune (and thanks to the common sense of successive owners), the deeds of Newland House have been preserved for an unbroken run of almost 150 years, from 1736 through to 1880.

This booklet contains a transcription of the deeds, which the author has used to tell the story of the property, adding information about owners and tenants wherever possible. 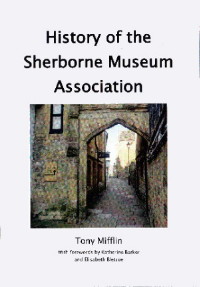 This short history covers the early years of The Sherborne Museum Association. It was published in 2018, the fiftieth anniversary year and the year that the Association changed its status to become a Charitable Incorporated Organisation.

But the Museum’s purpose remains unchanged - to serve the people of Sherborne and to maintain and preserve the rich history of the town for the benefit of the present and future generations.
Sherborne and the Monmouth Rebellion - John Spencer 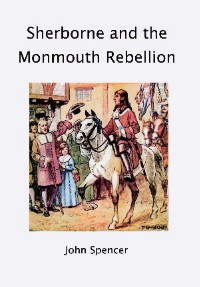 The Monmouth Rebellion set the nephew, the Duke of Monmouth, against his uncle, King James, and resulted in the last major battle fought on English soil. Monmouth was defeated, and this account details the effect of the Rebellion and its aftermath on Sherborne and its surrounding area. After the battle of Sedgemoor on Monday, 6 July 1685, great efforts were made to round up the rebels still at large. Those not put to death by the army appeared before the ‘Bloody Assizes’ and twelve were executed at Sherborne on Tuesday, 15 September 1685. Others were marched through the town for transportation and servitude in the West Indies, the piteous procession watched by the Sherborne local populace.

The account also tells how Sherborne was caught up in the sequel in 1688 when William, Prince of Orange, invaded - his invasion resulting in the so called ‘Glorious Revolution’ and the crowning of William and his wife, Mary, as joint King and Queen, in place of her father, James. 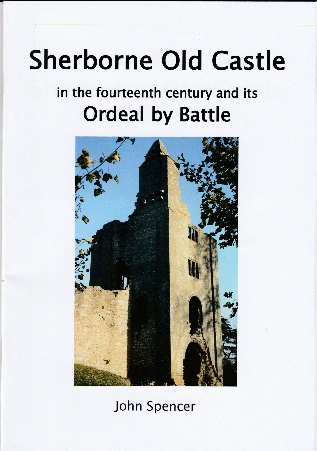 Comparatively little is recorded in legal reference books about Ordeal by Combat. It may have been practised by Victorian schoolboys in fights behind the bicycle sheds - if Victorian school stories are to believed - or possibly by more modern schoolboys, but it is not familiar in other contexts. At one time it was recognised as a means of resolving legal disputes. There are references to such Ordeals in the fictional works of Sir Walter Scott, including the famous challenge scene in Ivanhoe - where Rebecca is accused of sorcery and is successfully defended in the lists by her champion, Ivanhoe.

In 1354 the Bishop of Salisbury was challenged to just such an Ordeal - this booklet tells the story, and paints a picture of life in Sherborne’s Old Castle during the fourteenth century. 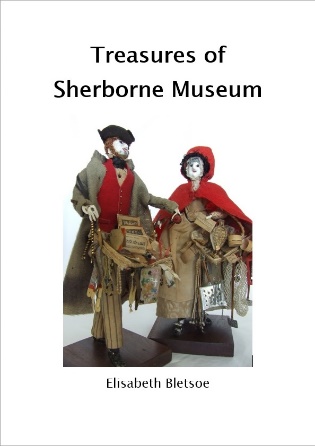 ‘Museums exist to tell history through objects’, and there are over 13,000 objects in Sherborne Museum. The curator, Elisabeth Bletsoe, has selected some treasures from this collection and uses them to ‘tell history’.

This is the first selection from a series originally published in Elisabeth’s ‘Object of the Month’ column in the Sherborne Times.

A further three titles are due to be published in 2021: