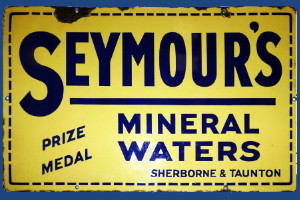 For 2019 we thought we’d celebrate some of Sherborne’s industries and crafts and all things made in the town and surrounding villages. A new acquisition, a 16th century latten spoon found in a garden in Ryme Intrinseca and believed to have been made by Richard Orenge, a local goldsmith, is on display in the hall, while in the Gardner gallery we pay tribute to Louis Henry Ruegg, proprietor of the former Sherborne Journal. We also honour Sherborne’s willow-working tradition, Seymour’s prize-winning aerated waters and the three dairies that were established in Sherborne; Hunt’s Foodservice, of course, still thrives in the town.

The stunning collection of saddler’s tools from Thornford is in remarkable condition and its exhibition case also houses two rare examples of wooden saddle clamps. 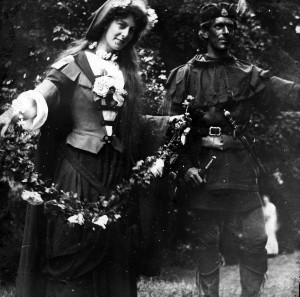 A short film about the famous 1905 Sherborne Pageant, an occasion that brought the community together and was created using locally-sourced materials and labour, can be seen on our DVD screen, narrated by the late and much-loved Gerald Pitman, a local teacher and historian. Four of the Pageant costumes are artfully arranged among other Pageant memorabilia by our textile team in the Marsden gallery upstairs. Here you can also see displays relating to our silk, glove and button industries. 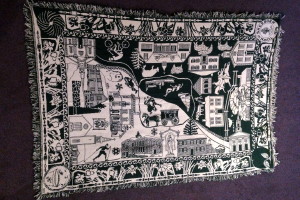 A woollen lap-robe which was a gift to the town from the people of Sherborn, Massachusetts is on view for the first time, having just been mounted in a specially constructed frame with UV filtered glass by Old Barn Framing. It has a border of daffodils and depicts important buildings, including the first Parish Church, with images from the people’s way of life such as poultry and sheep farming, ice-harvesting from the lake and cider-making. 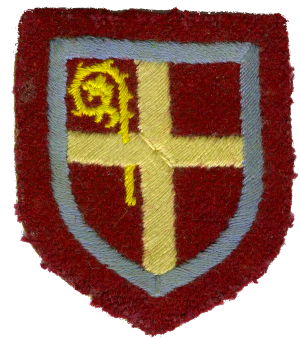 This year, St. Aldhelm’s School would have been celebrating 60 years since its official opening by the Archbishop of Canterbury - a secondary modern institution set up to provide an alternative to that which already existed in the town, one which was considered “dynamic and unstuffy”. Its spirit lives on with those of Fosters and Lord Digby’s Grammar Schools in the highly praised Gryphon School which was formed from all three in 1992. Alumni from St. Aldhelm’s have worked with the museum to create an exhibition to remember and commemorate all its achievements. 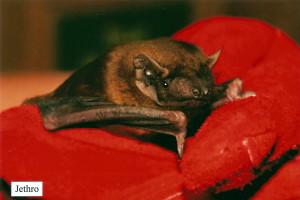 In our natural history room there is an early collection of botanical art by Sherbornian Diana Ruth Wilson (1886-1969), whose work records local flora as well as that from wider west Dorset. You can read all about Jethro, the museum’s adopted noctule bat, and learn how to encourage bees to your garden. 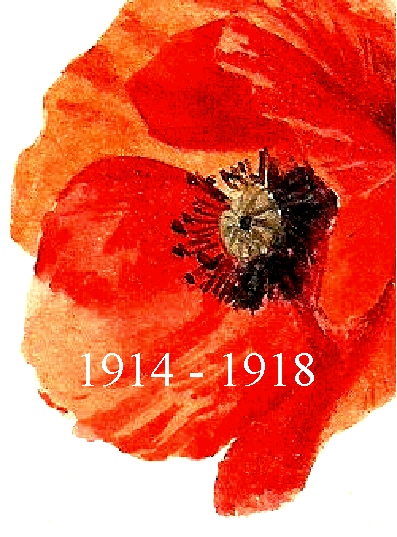 Sherborne Remembers is an ongoing project to examine and record the impact of the First World War upon the town of Sherborne and its neighbouring villages. Volunteers are currently in the process of compiling detailed biographies for each of the men recorded on the Sherborne town memorial, and aim to bring them together for publication in due course. It is anticipated that the biographies will contain details such as the parentage and family background of each individual; their employment before the war; their connection to the town, or residence on the outbreak of war; and the circumstances surrounding their death.

The names of the men we are researching can be found here (PDF document), together with a separate list of those casualties who are yet to be identified. We would be very pleased to hear from anyone who has, and is willing to share, information about any of those featured - whether in the form of photographs, letters, diaries, newspaper cuttings, or family stories - so that we can build a full and accurate account of their lives and service.

A permanent exhibition will also be mounted in the Marsden Room in late 2018, which will further explore the impact of the war on the local area. Themes to be explored will include the work of the local Red Cross hospitals, conscription and conscientious objectors, and the work of the urban and rural military tribunals. It is hoped that some First World War artefacts will also be on display. 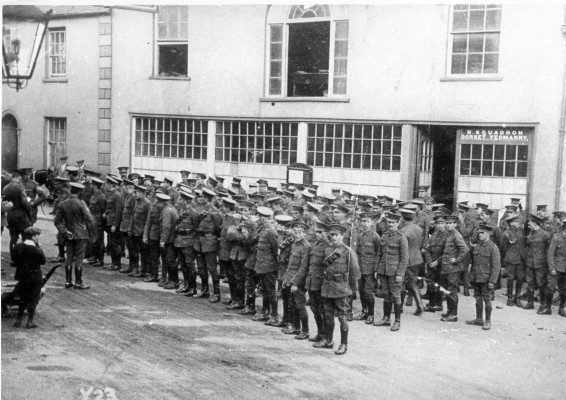 The Queen’s Own Dorset Yeomanry in Sherborne, 1914
©Sherborne Museum 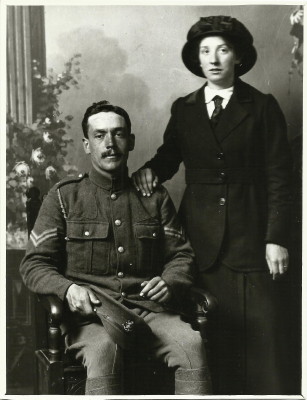