The railway carved a path south of Sherborne and by the time the line opened in 1860 much of the industrial archaeology we would value today had been cleared in its path.

The site of John Joliffe's and Mr Sweet Hart's [stet!] premises have not as yet been pinpointed but the latter's was bought by John Sharrer who turned the grist mill into a silk throwing mill in 1753. We know John Sharrer built a new house and mill two years later and this is where your tour can begin.

John Sharrer's house of 1755 may well have been built on the three acres of land he acquired with his dwelling house and grist mill and can be seen incorporated into the Riverside Nursing Home, Westbury, close to the P.D Interglas premises at the foot of the railway bridge opposite the junction with Ottery Lane. John Sharrer's mill stood for 200 years before being devastated by fire. 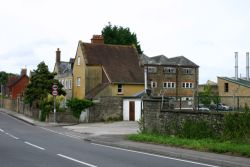 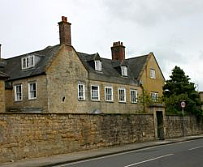 Different views of John Sharrer's House built in 1755 when he came to Sherborne as a silk thrower and now part of the Riverside Nursing Home - the original site of his silk mills. 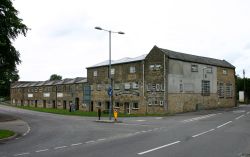 On the opposite side of the road Ottery Lane, leading to Horsecastles Lane, was locally known as Silk Factory Lane until recent years. Here can be seen the silk mills extension, now small business units, built in the 1840s by the Willmott family and at first worked by water power thanks to a long shaft laid beneath the road and supplemented by a horse mill in the yard when required. Silk mills extension at the junction of Ottery Lane with Westbury, built by the Willmott family in the 1840's.

Thomas Willmott lived at Sherborne House, Newland from where his funeral procession left in 1851.

His second son Robert ( 1814-1875) was concerned with improving houses for his workers and had built 8 workers houses "on the east side of South Street" as well as the better know substantial terrace at Horsecastles. 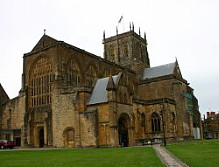 The Guesten House, now part of Sherborne School but a silk mill in 1850 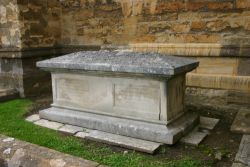 No tour of Sherborne would be complete without a visit to Mulberry Gardens, Coombe where a surviving mulberry tree can be found on the back access road to Mulberry Gardens parking area. However, despite references to silk throwing and the use of imported Italian silk, there is sadly no mention of the rearing of silk worms! 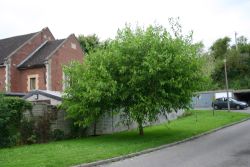 The mulberry tree at Mulberry Gardens 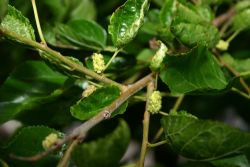 Many of the Sherborne silk mill employees were outworkers in their own homes, the industry employing as many as one in ten of the population at its peak. Silk weaving finally ceased in the town in 1956. 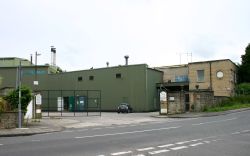 The 1956 new building in Westbury added by the Marsden family in 1956, the year silk production ceased and the business concentrated on glass fibre textiles.